The company history of Serumwerk Bernburg AG at a glance:

Based on a decision of the GDR Council of Ministers, the Serum-Werk Dessau operation existing up to that point is transformed into the Research Institute for Vaccines and, at the same time, the previous production moves to an independent operation in Bernburg.

On 01.01.1954 the foundation stone of VEB Serumwerk Bernburg is laid on the site of the former Weigel chocolate factory.

Over the next few years the following manufacturing facilities are set up and expanded:

One of the company’s key activities is the production of dextran. It is a polyglycan which is obtained from sucrose by biochemical synthesis.
The infusion solutions produced with dextran stay in the patient’s circulation longer than electrolyte solutions.

Further investment is made into research and development activity in the area of synthesis. For veterinary medicine, a 2% iron dextran (Ursoferran®) for prevention of anaemia in suckling piglets is launched in 1961. 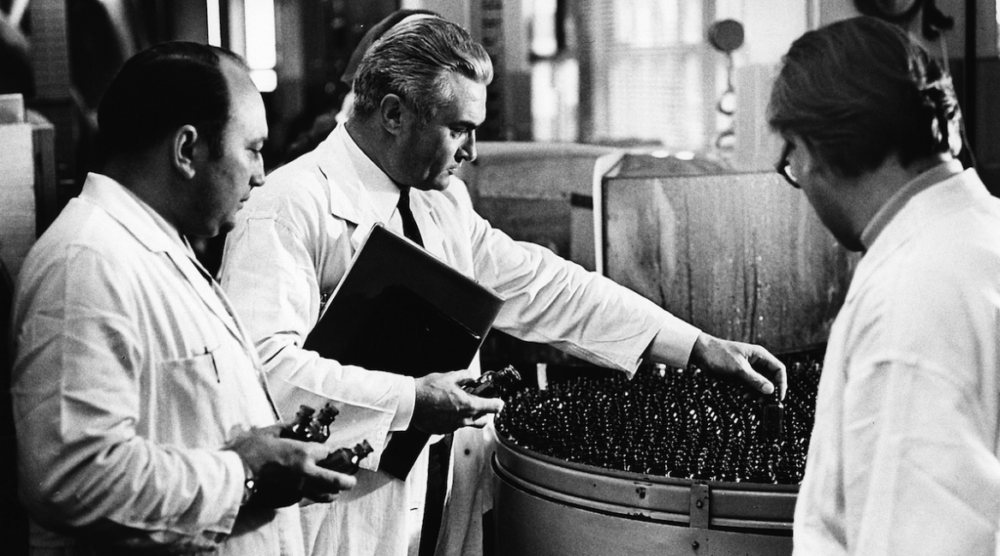 In view of the constant growth in production, considerable investment is made and more production facilities for veterinary pharmaceuticals and infusion solutions are brought into operation. The range of infusion solutions is expanded to 25 carbohydrate and electrolyte solutions and Ursoferran 100 is added to iron dextran production.
Since 1954 to the present day, over 200 different medicinal products for the human and veterinary sector, healthcare products and laboratory chemicals have been developed.

At the end of the 1970s around 90% of the veterinary medicines needed in the GDR are produced at VEB Serumwerk Bernburg. 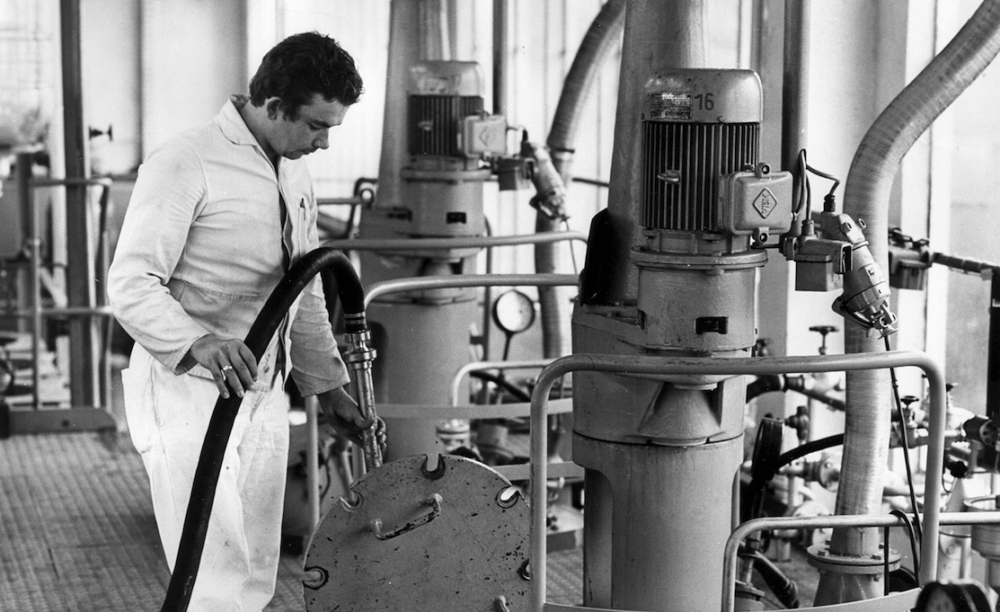 At the start of the decade parts of the operation in Leipzig and Dresden are assigned to and integrated into VEB Serumwerk Bernburg. Staff numbers rise continuously and in 1988 there are 686 employees.

The fall of the Berlin Wall in November 1989 changes the political and economic situation in Eastern Germany for good.

With German Reunification, lots of companies in the former GDR begin to struggle for survival. Only a few are able to hold their ground in the new economic system. Privatization as a public limited company (Aktiengesellschaft – AG) by a management buy-out at the end of February 1992 secures the company’s route into the market economy. Serumwerk Bernburg achieved this thanks to the commitment and confidence of the management under the direction of Dr. Helge Fänger.

For the first few years the limited company has to invest millions to gain the required GMP certification of its manufacturing facilities and for costly relicensing procedures for tried and tested pharmaceuticals.

The technical expertise and wealth of ideas of the company’s staff lead to several new developments and product modifications, which open up other important sales markets at the national and international level.

By starting up Europe’s most modern synthesis plant for hydroxyethyl starch and other polyglucans and launching a new manufacturing process for the iron dextran-heptonic acid complex (Gleptoferron), the company sets standards worldwide.

With it’s acquisition of the veterinary medicines sales company MEDISTAR in 1998 and the establishment of the subsidiary Serumwerk Bernburg Vertriebs GmbH in 1999 in order to market dialysis products, the company positions itself as a reliable and versatile partner for doctors, veterinary surgeons, medical practices, pharmacies and wholesalers. 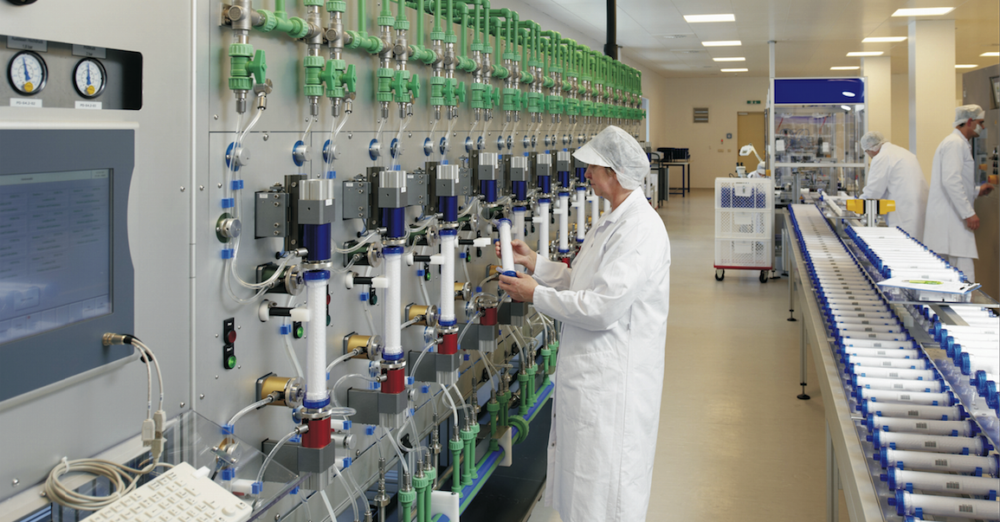 The investment in new products pays off and secures many product innovations in the active ingredient, veterinary and infusion solutions market.

With the founding of the subsidiary MTP Medical Technologies GmbH in Pirna for medical technology and medical devices production, the company secures its independence from suppliers and guarantees the highest product quality, including for dialyzers.

The international demand for medicinal products, medical devices and polymeric active ingredients from Serumwerk Bernburg AG, makes further major investment necessary to expand the capacity for synthesis of active ingredients as well as the logistics centre at the Bernburg site.

The company enters new territory with its purchase of a hotel business, Acamed Resort GmbH in Bernburg. Today the hotel is among the top accommodation addresses in Central Germany for overnight and conference guests as well as golf enthusiasts.

In 2015 the FDA approval for Dextran as well as Gleptoferron production was achieved.

Within the past 20 years, the company’s turnover has trebled and the export share has risen from four to 30 per cent over the same period.
Bernburg’s top products are exported to around 90 countries. Around 412 employees within the company group ensure the very best quality in products as well as innovation and satisfied customers.

For more than two decades SWB AG is well known to provide products for antibiotic treatment of production animals. Recently a decision has been made to shift strategic focus to prophylaxis. Thus in 2017 the company determined to invest in veterinary vaccines. In cooperation with a number of experienced partners, SWB AG has established serYmun Yeast GmbH in Halle (Saale). A research program has been set off to develop vaccines for livestock, applying a novel procedure.